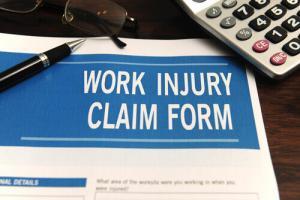 The Synergy Institute located in Naperville and Aurora has been helping people injured at work recover quickly and naturally from their injuries.  The Synergy Institute is an Integrative Pain Relief and Wellness clinic that combines Acupuncture, Chiropractic, Physical Therapy, and Therapeutic massage  along with the most advanced pain relief technology.   This state of the art clinic system has been helping work injury and workman’s compensation victims get the care they need and get them back to work in many cases.

The reason Synergy Institute has been so successful in helping work injury patients recover is their natural, common sense approach to injuries.  They also take the time to get to the bottom of what is causing the pain and injury and get it corrected.  In many cases medications, advanced pain procedures and even surgery can be prevented.  This leads to better outcomes for a lot less money than the traditional medical approach to work injuries.

In recent analysis of work comp injuries, it has been concluded that alternative care such as Chiropractic Care can get employees back to work faster and for a lot less money.  This definitely help improve the quality of life to the person injured at work.

In light of the Supreme Court’s deliberation of the strengths and drawbacks of the Obama health care plan designed to rescue an ailing American health care system, one fact remains indisputable: Health care costs as administered by conventional medicine are continuing to spiral out of control with few signs of abating. (And here we thought that the smart money was in real estate, a fact rued by all those whose financial situation has been hammered by falling real estate values over the past several years.) First, consider just the most recent of a cornucopia of studies addressing the worker’s compensation systems. Out of the California worker’s comp system come the facts that:1

At the same time, Accident Fund Holdings, in its review of claims, found that the cost of a typical workplace injury (medical payments plus lost-wage payments) was $13,000:1

Besides avoiding the prospect of being doped out on opioids and thus being less than fully functional to society, it doesn’t take a particle physicist to imagine what would happen if preventive measures and/or alternative treatments, such as chiropractic, were implemented instead. Let’s begin with an onsite industrial chiropractic demonstration project reported by Cooper a few years ago:

At a large meat-processing plant in Manitoba, a program was implemented that included the early detection, treatment and occupational management of musculoskeletal injuries two days per week. In addition, the program included advice on ergonomic issues, job rotation, modified duties and return to work, stretching programs, and back school.

Comparing data previous to the implementation from April 2003 – March 2005 to that obtained after the program was initiated (April 2005 – December 2006), the following was observed:2

As we go down the list of comparisons of chiropractic versus medical costs in worker’s compensation distributions across the nation, we find similar data supporting the utility of chiropractic care:

Florida: Of 10,652 back-related injuries occurring while on the job, those who received chiropractic care compared to medical incurred 1) a 51.3 percent shorter total disability duration; 2) lower treatment costs by 58.8 percent ($558 versus $1,100 per case); and 3) lower hospitalization rates (20.3 percent vs. 52.2 percent).3

North Carolina: The N.C. Industrial Commission reported that the average cost among 96,627 claims was $663 for chiropractic care, compared to $3,519 for medical care.5

Utah: In an older study, total treatment costs for back-related injuries were $775.30 for chiropractic care, but $1,665.43 for medical care.7

This is merely a sampling of worker’s compensation studies, probably merely the tip of the iceberg as in indication as to what cost savings could be achieved with chiropractic care. Particularly worrisome is the cost of pharmaceuticals, having been recently identified as the chief driver (188 percent increase, from $7.3 billion to $19.8 billion) of the 65 percent spike in spine care costs in the U.S. from 1997-2005.9

Under these circumstances, one wonders whether unlimited access to pharmaceuticals in the treatment of back pain without exploring more conservative alternatives will ever solve the cost crisis in American health care. Or in other words, to paraphrase a popular quotation from Doug Larson, rather than award pharmaceuticals the figurative keys to the city, it might be preferable to consider changing the locks.

Chiropractic Care and other more natural types of care like Physical Therapy and Acupuncture can help improve the outcomes of workman’s comp injuries.  It is about time more employers start using these forms of care.  They would save themselves money, give their employees a higher level of care as well as prevent a lot of unnecessary surgery and medications.

They Synergy Institute is dedicated to helping Injured workers get better naturally and quickly.  Patients injured at work deserve this kind of care!

Our clinics have helped many different work injury conditions like neck pain, back pain, carpal tunnel, herniated discs, knee pain, shoulder pain, and many more.  Call us today if you have been injured at work and want to find our more about effective, natural treatments. 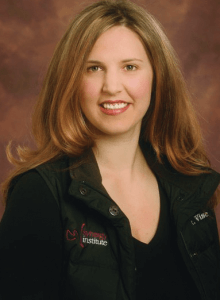 Dr Jennifer Wise is a Palmer Graduate and has over 20 years experience helping patients get Natural Pain Relief.  She has experience with many different conditions and has training in Advanced Pain Relieving Technology. Call us today to schedule your appointment!

Aurora and Naperville Back Pain Clinic Can Help You Avoid Back Surgery!
Scroll to top